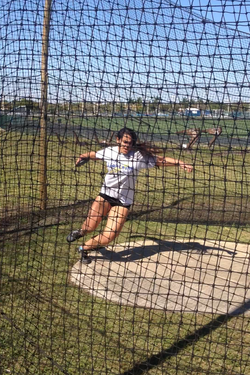 WESTON — Cypress Bay hasn't won a regional title since 2004, but now they are just one win away from one.

Cypress Bay swept Western 25-18, 25-14, 25-23 Tuesday night in a regional semifinal match to advance to the next round of the Class 8A state girls volleyball playoffs.

The Lightning jumped all over their cross-town rivals, and took the first set behind a flurry of late points. With the set tied at 18-18, a kill from junior Rachel Tomasiello capped off a 7-0 run.

Western tried to counter in the second set, but a quick start from Cypress Bay led to the team's third straight victory over the Wildcats.

"We know what we're capable off," coach Chris Guerra said. "Our team has set goals this season, and we're meeting them."

Western made a push in the third set, but a kill from Slutsky ended the match.


The Lightening will face Jupiter on Saturday in the regional finals.


This is a piece that was published in "The Miami Herald" Cypress Bay wins girls’ volleyball District 12-8A title Related Content BY FABIAN LYON flyon@MiamiHerald.com Although Western feels pretty good about its chances with All-Broward first team outside hitter Amanda Medlock on the court, the Wildcats were up against a numbers game on Wednesday night.

Having Medlock wasn’t nearly enough as Cypress Bay’s Ariela Slutzky, Cassidy Fisher and Marcelle Zaccour put on a ferocious display of hitting to lead the Lightning over Western 25-18, 25-21, 24-26, 25-19 in the girls’ volleyball District 12-8A championship game.

“We haven’t blocked that well in awhile,” Lightning coach Chris Guerra said. “My front row players did a great job of slowing down Medlock. She is going to get her points but we executed our game plan pretty well. Our girls were excited. They played with a lot of heart. They didn’t forget what happened the last two years.”

The win ends the Wildcats’ two-year run as district champions and sends the Lightning to the Regional quarterfinals on Oct. 30, when they will host the Douglas-Coral Springs loser.

While Fisher, Zaccour and Priscilla Ertty (game-high 35 assists) had their moments, nobody had more momentum swinging plays than Slutzky, who seemed to deflate every Wildcats (18-6) rally with a monster kill.

In the pivotal fourth match, Slutzky rattled off four kills to help the Lightning (22-3) build a 23-19 lead. Zaccour and Cristina Finan then teamed up on a block for a 24-19 advantage before Western’s Daniella Tovar returned a volley that went out of bounds, as the Lightning stormed the court in celebration. 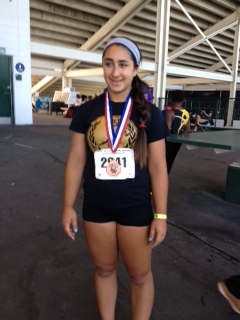