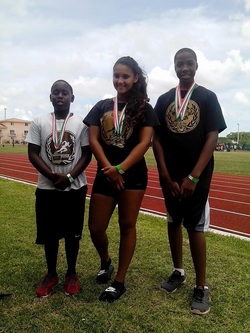 
AAU Club Championships Ray threw a personal best in Javelin he also competed in the shot put, discus and long jump. This was Rays first big meet and he did a very good job.