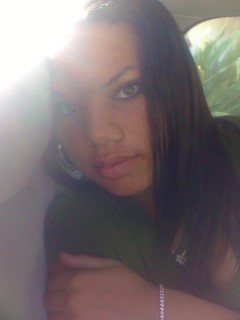 I am a top contender in the Shot Put and Disc. I rank number 6 in shot put in the state, also in the top of the state in discus. Most recently ranked 18th in the Nation an the top 30 in discus and javelin (By AAU). In my first year throwing (2007  freshman year) I missed going to regional’s by just inches. Returned in 2008 by placing in the top 15 at States. I was ranked # 1 in 2010 class in Discus and #1 in Shot Put in Broward County 3A before our school moved to 4A. I am still ranked #1 in Shot put in Broward County.  I improved my record last year, I broke both of my school records which I held from the previous year.  Finished all of the regular season meets by placing either 1st or 2nd in both Shot Put and Discus. I finished 3rd for Discus and 6th for shot in the county meet 2009. I rolled my ankle in the shot put and went on to get 3rd in Discus. I have been the captain for the throwers on the track team for the past two years.

2008  I qualified in both the AAU and USAT&F but was unable to attend. In 2009,The Junior Olympics were held in Greensboro, North Carolina. I finished 30th in the country in shot put and 40th in discus. It was a rough outing. I just got back from the 2010 Junior Olympics, which was held in Norfolk, Va. I finished 18 in the nation in shot put, the top 30 in javelin and discus.

In  2010 I got off to a slow start, I had a few personal setbacks, plus a transition with a new head track coach. The major setback I had was the  loss my grandmother on December 27, 2009. My mom, my nana and I were very close. It has been a difficult time for me. She was looking forward to my graduation, about being there and excited about me attending college in the fall. Each day I am working hard to get back on track, so I can finish off my year with the best finish at states 2010.

In the county finals I improved my position on shot finishing 2nd in the county an 5th in discus. With everything that has gone on, I have not really been able to work on Discus until the past couple of weeks so I know that in the next couple of weeks I will be back at the top of my game. I made the Broward Honor Roll in Shot Put for 2010. I rank #1 in Broward County for shot put in 4A this year.

Districts were yesterday, finally district champ in shot put with my season best of 38'3.5" and I finished 3rd in discus with 113' which both qualify me for regionals. With my 38'3.5" that also gives me a national elite status.

Nana states this year was for you, I finished 6th at States in Shot Put, I know you are watching over me. I miss you very much.

I have confidence in me do you?

Please check out Dawnaowens.weebly.com for more information on me.